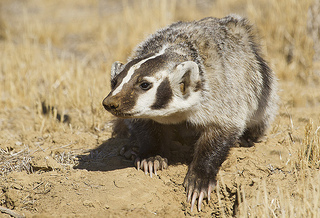 The recent time change has been a killer here in our house. Add to this some extra doses of stress due to this and that, and none of us seems to be adapting as of yet. It is all I can do to drag myself out of bed each morning, and pushing and prodding my daughter out of hers has become a chore neither of us particularly enjoys.

Because of this, Savannah has been missing her school bus on a fairly regular basis, and this morning was no exception.  Now, when this happens, I have to go about 10-15 minutes out of my way to drop her off, which of course makes me late for work as well. Tom drives right past the school on his way to work, but he leaves later than me, which conveniently makes her miss her first hour class. In an attempt to curb her inability to catch the bus on time, I’ve been trying to suck it up and drop her off, hoping to break this new “habit.”

Let me preface this by saying that Savannah is truly one of my favorite people in the world, and I would say that even if I weren’t her mother. Like her brothers, she’s wickedly funny, sweet (at least she was, before she turned 13 and I became an idiot!), and smart to boot. She’s cute as a button, loves little kids and animals, and can make the best tuna-melt sandwich you’ve ever tasted.

However… She is NOT a morning person. Not even a teensy-little bit.

Driving her to school this morning, I tried to break into her hard, sleep-encrusted-eyes shell and get her school day started off with a smile. We had had a rough start to the drive when she accidentally dredged the shirt she brought to change into in my uncovered coffee (because of course she had to change at the last minute, even though she’d been dressed for an hour already – but I digress). Never mind that extremely valuable and needed caffeine molecules were being sucked out of MY cup by the cotton! Somehow it was my fault that the shirt ended up in the mug. Each attempt to brighten her day was met with deadpan stares or the put-upon sigh that only a 13-year-old can pull off.

Finally, I gave up and turned on my i-Pod. We travelled along quietly, a heavy dose of ice hanging in the air between us. Tiring of the song that was on, I shuffled past a few more to find something I liked, when God smiled down on me with The! Perfect! Song! for the situation. 🙂

“Savannah!” I said excitedly, a smile breaking out on my face.  “I’m dedicating this song to you!”

At this, I cranked up the volume to this upbeat opening line of James Taylor’s:

Whenever I see your smiling face,

I have to smile myself

Because I love you, Yes I do.

Whenever you give me that pretty little

And… Cue the eye-roll! I laughed hysterically while she turned away, but not before I saw the grin she was trying hard to hide. Needless to say, it was just what I needed to get my day started off right, and probably hers too, though she’ll never admit it.

3 thoughts on “my kind of morning”