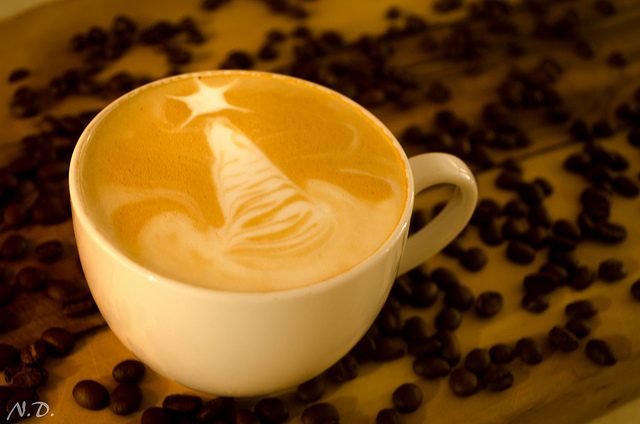 On Friday’s, I occasionally highlight old favorites from my previous blog, “From the Top of the Stairs.” I hope you enjoy the re-runs as much as I do . . .

One of the things that I love about this time of the year are all the Christmas cards from friends and family, and I especially love getting the Christmas letters that some people send out to everyone on their list.

I’m not being sarcastic when I say that, either. I think it stems from my grandmother. She wrote Christmas letters every year that I can ever remember, and I used to love reading them, especially to see what she’d written about me (there’s nobody like a grandma to make you feel like queen of the world, even if in reality you were a totally shy, nerdy girl!). I still have several of them that were sent to me once I had grown up, married, and moved out on my own, and I absolutely love reading over these snapshots from the past. Not only do they bring back memories long forgotten, but it’s a little like having her back with us. I can practically hear her voice in my head as I read them. Since my grandparent’s were both blind, I had the privileged job of being “reader of the mail” from the time I was in 4th grade. At Christmas-time, I looked forward to reading those letters from their friends as much as they enjoyed hearing them.

I know some people complain that these letters are “impersonal,” but I know how busy my own life is, and if I had to write a completely personal letter to each person on my mailing list, it just wouldn’t happen. In fact, if I’m being totally honest (as the title suggests I will be), I’m doing well on the years I actually MAIL my cards. I dutifully buy them each year, but I probably average every-other year in actually sending out my Christmas greetings.

I’m working on it!

As of today, I still haven’t mailed out this year’s greetings, but it WILL happen, even if I have to wish everyone a Merry Christmas, Happy New Year, and Easter Blessings, all at the same time! Anyway, I understand that my life is not the only one that’s scarily out-of-control, so I love reading my own friends’ letters to catch up on their lives, especially those whom I don’t get to visit with as often as I’d like.

I’m bound and determined to get mine sent out by the end of this week, but I want to include my own letter as I’ve done the past few years (at least those where I was on the ball!). Here’s the problem, though: I don’t know what to write. 2008 hasn’t been the worst year for us, all things considered, but it hasn’t been the best either. I know that we can’t be alone in this, and I have to wonder just how many of the letters I receive are “padded” a bit to make life sound good. It seems like everyone has a perfect marriage, perfect kids, perfect jobs, ad nauseum . . .

Have you been to my home? Perfect we ain’t! So, in the spirit of getting “real” this year, here are my proposed highlights:

Tom has worked as service manager of the automotive shop for another year without going totally insane, especially given the state of the economy, the cost of gas to get back and forth, and the attitudes of certain underlings who also happen to be the boss’ sons. The eye twitch has subsided with medication, and we feel positive that the anger management classes will be a grand success!

Tracy continues to work at the university where she always feels like a loved and highly valued employee. The gray highlights in her hair continue to fill in nicely, and she’s excited to have added 57,000 miles in the last year to her vehicle shuttling surly teenagers from event to event. Referred to fondly as “Momster,” she lives only for her childrens’ needs and asks nothing in return. Except back rubs, which she NEVER gets.

Evan is on a real roll and has remained ungrounded, through sheer luck and deception, consistently since the end of October! We go into the next year with high hopes that he will pass the 10th grade, and he’ll probably only have to take a few hours of summer school to reach this goal.

Braden looks up to Evan as a real role-model and is following in his scholarly footsteps. In other highlights, he almost shot his first elk earlier in the year, and would have had it had he BROUGHT more than just one bullet from the truck parked 3000 vertical feet and 2 miles away in snow a mere 3-feet deep.

Savannah continues to be a “daddy’s girl,” honing the much-needed future skills of manipulation and perfection of “head games” on her unsuspecting father. Sadly, she has frequently fallen ill. It’s some sort of new disease that is brought on solely when asked to complete some chore around the house or in her bedroom.

So there you have it! The true goings-on from the Jones family. At least it’ll make you feel better about your own life!