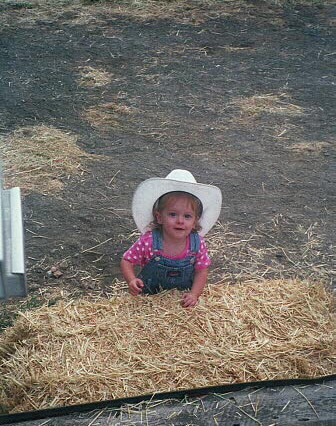 “She went dusky on me,” the irritated-sounding nurse on the phone said, as if I should have any clue what she was talking about.  “We had to move her to the NICU. The pediatrician will be in to talk to you soon.”

I had just given birth a few hours earlier to our long-awaited tiny princess in a family full of boys, and they had taken her back to the nursery to clean her, dress her, and do whatever else they do.  They had finally moved me into my room, and I was eager to spend some quiet time gazing at that perfect little face and running my fingers through the gobs of dark hair I remembered seeing in the chaotic first minutes after she was born. Tom had left not long before to pick up the eager big brothers so they could meet the newest addition to the family. We lived about an hour away from the hospital, so I knew that I had some time before they returned, but I wanted my baby.  What on earth was taking them so long to bring her back?!

Not ever one to be pushy about anything, I had waited and waited. Too eager to wait any longer, I finally called down.

After I hung up, the tears immediately started flowing – nothing like post-partum hormones and the abrupt, unexpected news that your baby is sick – to bring on what seemed like a never-ending cascade.

In the meantime, Tom still had no idea what was going on, as he had no cell phone. He and the boys arrived to find me dissolved into a sniveling mess, just as the pediatrician finally showed up to talk to us. Somehow, Savannah had caught some sort of nasty infection, and had quit breathing, turning blue on the unpleasant nursery worker. I burst into tears again.

The next 10 days were probably the hardest of our lives. She spent most of those days in an incubator, tiny oxygen tube up her nose, and IV needles poked in every place imagineable: arms, hands, feet, and even the top of her head at one point.

“She’s such a fighter!” the nurses kept reassuring us, and fight she did.

When she was finally well enough to come home, we were greatly relieved. I had taken my childrens’ health for granted before this, but never again. Unfortunately for us, she was the crankiest baby, screaming for hours on end, and she hated to be held. Whether it was from being constantly poked and prodded from the minute she was born or just that she’d inherited her dad’s temperament 😉 , I don’t know, but there were moments where Tom and I would have gladly returned her to the rock we always joked that we found her under!

It doesn’t seem possible that tomorrow is that beautiful girl’s 14th birthday. The years since that rocky beginning have been filled with laughter and tears, sometimes all within the same moment, but I’ve never taken a single day for granted.

12 thoughts on “a rough beginning”