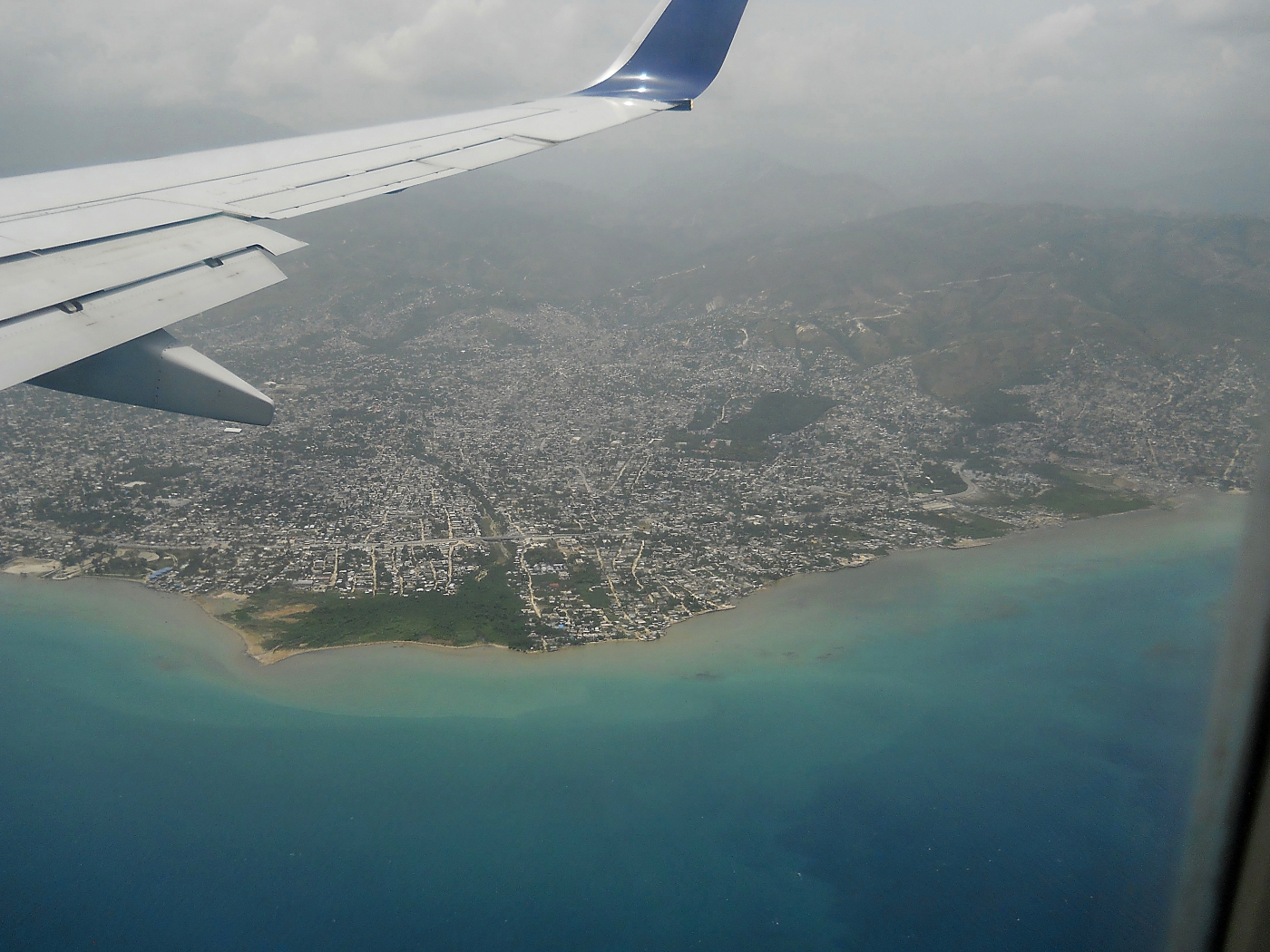 Hoots, cheers, clapping, and shouted praises to God erupted when we first touched down on Haitian soil…

This was my first taste of Haiti, acted out as our plane was actually touching down – that suspended moment when the impossibly tiny tires touch pavement, then bounce up again before really getting serious about coming to a roaring stop – always my least favorite part of any flight. Anyway, we had just touched down after a long, 3-three hour flight from New York City to Port-au-Prince over nothing but ocean when every Haitian on the plane celebrated their homecoming.  Now, whether it was an outpouring of gratitude for returning to their homeland, or for safety at having arrived at all, I’m not sure!  Regardless, never before have I seen such a spontaneous, joyful showing by anyone, much less a plane full of people, young and old alike.

Little did I know that this initial noisy outburst would be the first of the many overwhelming sounds I would hear, for Haiti, if nothing else, is a busy, hustling, bustling, and very loud place!  After the show on the plane, we were herded off and over to the customs building where we were greeted outside by a traditional Haitian band playing lively Caribbean music.  From the crazy din of hundreds of passengers trying to find their checked luggage in the free-for-all that constitutes baggage claim, to the clamoring, pushing, and chattering hordes of red-shirted men vying to help you carry said bags (provided of course, that you ever found them!) for a price, to the shouts and calls of vendors on the outside of the chain link fence surrounding the airport, to the symphony of angry shouts of drivers and pedestrians alike, and the meep-beeps of what seemed to be every car, truck, and motorcycle horn in the jam-packed parking lot (set up in much the same way as baggage claim: if your car fits in a space, you park it. Are you blocking someone else in?  Oh well…!), the sound of people on loudspeakers or megaphones on the crowded marketplace road as we drove through, and always, always the honking.  It seemed that there was never a time that my ears weren’t being bombarded by what seemed to be a thousand different sounds at once.

Later would come sweeter noises – the laughter and chattering of the many kids at the orphanage where we were volunteering (Ruuska Village), the sound of the blowing fan as it labored away, poised inches from my body as I tried desperately to fall asleep each night in the sweltering heat, the funny chirps of crickets coming from their hidden corners, the occasional cry of a baby from inside a caretaker’s house, the staccato voices of the caretakers as they hung out on one or another’s stoop – braiding hair, doing laundry, or just visiting in their rapid-fire Creole, and the hauntingly beautiful hymns being sung by the unseen person on the other side of the cement compound wall – hymns like “How Great Thou Art” sung in Creole – the sentiment made all the more powerful when sung in this stark environment.

One of my favorite sounds, however, was the voice of sweet little Phadeline, my ever-present shadow; she adopted me the first day there and remained faithful for the duration!  She would pop her head into the office where I spent most of my time at regular 30-60 minute intervals throughout the day.

“Hey what?!!!” I’d ask in return, matching her tone, an invitation for her to enter and begin our ritual:

First, she’d drink most of my dlo (water), then she’d sit on my lap while I continued my filing or working on the computer until she’d subtly kick off first one, then the other of her pink Croc shoes, followed by faked cries of distress about the fallen soulye.  I’d then put the shoes back on while she grinned up at me (repeat 10 times!). Finally tired of this little game of ours, she’d hop down, giggling, then spin me around a few times if I was on the swivel chair.  Slugging down the last of my water, she’d head out again with the sweetest “Merci!” and a little wave.

Braden and I have been home for just over a month now, but Haiti has not been out of my thoughts for even a minute.  Shortly after we arrived back home, I heard that Phadeline also had a homecoming of her own: after the always-too-long wait, she was finally able to go home to her new adoptive family.  Knowing that she’s got  family makes leaving her more bearable, but it’s amazing how fast these precious little ones can weave their way solidly into your heart!

Braden and I, along with some others from our church and friends, spent 10 days in Haiti.  I was so excited to go, and even more excited to have something new and exciting to share with you, my readers.  Not surprisingly, this trip has impacted me in so many ways that I haven’t even known what to write(and that doesn’t happen often!): mere words seem so trivial when compared to all that is going through my head and heart, and I’ve been afraid that I can’t possibly do it justice. However, I’ve decided that I’ve got to get them out, one way or another, whether I get the words “just right” or not. I hope you’ll stick around over the weeks to come and share them with me…

2 thoughts on “haiti: music to my ears”